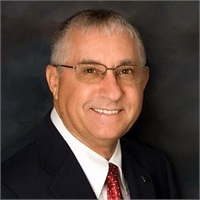 James is co-founder of Values First and has over 37 years experience in the investment industry. He serves in a consulting role for the firm principals and other personnel. Before founding VFA he served as a financial advisor with American Values Investments. Prior to that, he served as Vice President of two large brokerage firms. He holds BA, MDiv, and MRE degrees.

James served for 11 years in Christian schools in administrative positions, and also served as a pastor for much of his life. He served in both the U.S. Army and U.S. Navy. He served eight years as the U.S. Treasurer for Diospi Suyana Mission Hospital in Peru. He has participated in mission trips to Alaska, Canada, Mexico, Nicaragua, El Salvador, Peru, Ecuador, Portugal and the USA. He has taken training courses with Crown Ministries and Kingdom Advisors. He also has served on the Board of Directors of the National Association of Financial Christian Consultants (NACFC). James has been married to his wife, Mary, since 1968, and they are the proud parents of three daughters and grandparents of six grandsons and three granddaughters.